In June 1995, the late Scott Chinery, the world’s leading guitar collector, commissioned Ted and 21 other top luthiers to each build a blue archtop guitar. 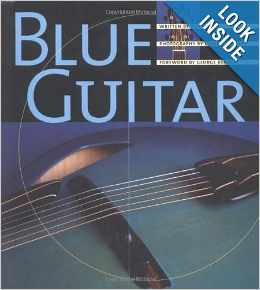 ...Scott's proudest personal achievement was the Blue Guitar collection. Inspired by a magnificent blue sunburst D'Aquisto Centura Deluxe that he considered one of the most perfect guitars he had ever played, Chinery commissioned 22 of today's top luthiers and asked them to build what they thought was the ultimate archtop guitar. His only stipulation was that the guitar must have a similar blue finish to the D'Aquisto. Scott wanted to show people that many of today's guitar makers are producing exquisite instruments that are as desirable and precious as the most coveted vintage guitars.

about Scott Chinery, from the Museum of Musical Instruments

In 1996, the Smithsonian National Museum of American History’s exhibit of guitars included instruments from the Chinery Collection and showcased the 22 Chinery-commissioned blue guitars, including the Megas masterpiece.

In an interview that appeared in the Fall 1996 issue of Guitarmaker, No. 32, Journal of the Association of Stringed Instrument Artisans, Ted talked about the custom guitar he contributed to The Chinery Collection:

...I was asked by Michael Carey, curator of the Chinery Collection, to make a special “blue guitar” to be part of a collection showcasing the work of the world’s foremost archtop makers... Their main concern was to match the color and shading of the blue Centura built by the late Jimmy D'Aquisto, already in the Chinery Collection...Jimmy was trying to expand the horizons of his archtops, both in look and sound, by doing without traditional adornments – mother of pearl, plastic bindings – things that were unfriendly to work and didn’t contribute to the essence: the sound of the guitar.

My own Apollo model reflects many of these ideas, and for this blue guitar I chose to use some beautifully colored cocobolo wood that I had for the binding material, and then decided to substitute this wood for all the typically ebony parts, including the turning buttons and end pin. I loved the color contrast between the blue and the colobolo's multi-hued oranges.